Who is Robert Dyas

In 1872, Robert Dyas first ironmongery store was opened by Robert Dyas, in the City of London.

In 1994, a new appointed management made considerable progress in reformatting the stores and in improving supply chain management. A fire obliterated Robert Dyas distribution centre and head offices just before Christmas, in 1997. In the year after, 1998, Robert Dyas increased number of stores to 67.

Brent Wilkinson was the chief executive of Robert Dyas, in 2000. In the next year, 2001 Robert Dyas profits were £1.8m. Robert Dyas hired Guerilla Communications to develop the branding for its six new stores in the South-East, in 2003.

In March, Robert Dyas was bought by Change Capital Partners, in the next year, 2004. Robert Dyas employed 1,027 staff members and had an annual profit growth of 52.25%, in 2005. In 2008 in April, the former Kingfisher and MFI director, Steven Round was appointed ceo of Robert Dyas.

Robert Dyas opening hours are Monday to Friday 8am to 8pm and Saturday and Sunday 9am to 5pm.

The online store has an overall rating of 3.4 out 5 stars - Review: "Average".

This table shows the overall ratings for Robert Dyas.

Tag Line is running our business as shopkeepers. 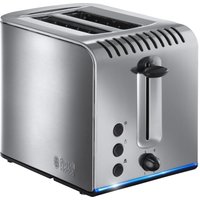