This chart shows the ratings for Russell Hobbs 20750 toaster including, features, functions, design, safety, ease of use, price and users ratings.

A cancel function lets you to stop the cycle mid-way to prevent accidental burning and it comes with variable browning controls.

Also, this toaster has a High lift function which makes it easy to remove your toast and this appliance has the capacity to make up to four of toast at a time. The 20750 comes with 4 slots.

It also comes with a defrost feature that comes in really handy when you forget to take your bread out of the freezer. There are LED toasting controls and this toaster has wide slots so you can toast crumpets, bagels and thickly sliced bread easily.

The Russell Hobbs toaster has 2 years warranty and you don't have to worry about having to clean up crumbs, the 20750 appliance has a useful removeable crumb tray that catches all the little bits of toasted bread. It has 2400 watts power output.

Additionally, it has a re-heat function allowing you to re-heat toast without charring it further when you might not be able to get to your toast straight away. It is made of stainless steel and this toaster has independent slots.

View the best toasters made by Russell Hobbs.

There aren't any considerations available at the moment.

The Russell Hobbs toaster cheapest price is £39.99 in UK.

In this section, we have compared the prices for Russell Hobbs 20750 available for sale on the following online retailers.

You can compare this toaster price with similar Russell Hobbs toasters with 4 Slices in the table below:

If you are looking to buy the 20750 online, then check these stockists websites below:

In this section, you can compare the Russell Hobbs 20750 ratings.

The following table shows the ratings for 20750 , including feature name, rating and review:

This table lists the 20750 ratings found on these online sites listed below:

argos.co.uk🗗 website users rate the 20750 as a good toaster.

Here you can view the 20750 toaster full specification list of features.

Compare the 20750 with the best toaster models with similar features.

This toaster has an overall rating of 4.3 out of 5 stars. 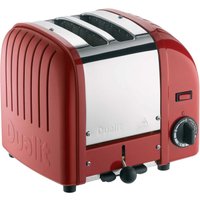