The Morphy Richards toaster comes with variable width bread slots and it has a re-heat function allowing you to re-heat toast without charring it further when you might not be able to get to your toast straight away.

High lift function for the easy removal of small slices and it comes with a mid cycle cancel button. There is space for four slices.

Cool touch housing for extra safety. The cord storage provides convenient storage of the cord when not in use and there are removable crumb trays.

The 242031 has a removable crumb tray for quick cleanup and the toaster has variable browning control. The Morphy Richards Accents 4 has 1 year warranty.

It also comes with a defrost function that allows you to toast bread directly from frozen.

It features a mid cycle cancel button and there is a removable crumb tray that makes cleaning is easier. It can heat 2 slices at once.

The reheat function is ideal for reheating toast without over browning. The Russell Hobbs toaster has 1 year warranty and it also comes with variable browning control. This model boasts with a defrost setting gently warms frozen bread ready for toasting.

The cord storage provides convenient storage of the cord when not in use.

In this section, we have compared the prices for both toasters, Morphy Richards 242031 and Russell Hobbs 18800.

If you are looking for online stores/stockists, that sell Morphy Richards 242031 and Russell Hobbs 18800 toasters, then we recommend the stockists listed below.

The following table shows the ratings for Russell Hobbs 18800, including feature name, rating and review:

This table shows user ratings for Russell Hobbs 18800 on the following online websites. This is useful so you can compare our ratings against online users ratings. It includes the toaster name/model and website name (with a link to website rating details), review, price when checked and rating (0 to 5 stars). 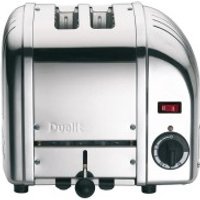