The E2001 toaster comes with removable crumb tray which allows you to easily clean your toaster and there is a mid-cycle cancel button you can avoid burning your toast too.

This model also is a Four-slice toaster and is good for families or busy households. Tailored toasting with several browning levels which let you toast to your taste.

The Morphy Richards Equip 4 's cord storage helps keep your worktop tidy and it comes with a defrost function that thaws bread quickly. The 4 Slices toaster's cool wall feature means that you won't burn your hands on the exterior while in use and a removable crumb tray helps you to clean out the contents of your toaster with no mess and no hassle.

Its variable width slots are great for a multitude of different bread types and the reheat button allows you to lower the slice back into the slots and reheat without re-toasting. Variable browning control - get perfect toast, just the way you like it, every time and the 241002 is made of stainless steel. Additionally, this model can brown 4 slices at once.

It also has a cancel function which lets you stay in control of the toasting cycle.

In this section, we have compared the prices for both toasters, Elgento E2001 and Morphy Richards 241002.

If you are looking for online stores/stockists, that sell Elgento E2001 and Morphy Richards 241002 toasters, then we recommend the stockists listed below.

The following table shows the ratings for Elgento E2001, including feature name, rating and review:

The following table shows the ratings for Morphy Richards 241002, including feature name, rating and review:

This table shows user ratings for Morphy Richards 241002 on the following online websites. This is useful so you can compare our ratings against online users ratings. It includes the toaster name/model and website name (with a link to website rating details), review, price when checked and rating (0 to 5 stars). 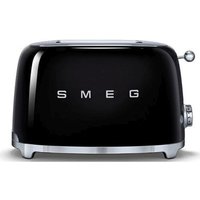