In this article, we review Dualit 60154 and Dualit 40514 toasters. We also compare both toasters features, stockists, prices, ratings, and compare the models features in a table. Finally, we also provide our verdict for both toasters models and possible alternative Dualit toasters.

The Dualit toaster has 2 years warranty and it features 6 slots. A removable crumb tray helps you to clean out the contents of your toaster with no mess and no hassle.

Additionally, this model has a defrost feature that comes in really handy when you forget to take your bread out of the freezer. By offering variable browning control, the Dualit toaster ensures you get the perfect toast every time, cooked just to your liking and the dualit toaster has a cancel button so you can pop up your toast whenever you want. This toaster can accommodate a variety of breads.

This Dualit toaster can heat 6 slices at once.

Have some of the slices well toasted, with the other slices a little less brown for those that prefer lighter toast, using the 40514 toaster independent slots and it has the capacity to make up to 4 slices of toast at a time. In addition, this toaster boasts a removable crumb tray for easy cleaning and the 40514 is made of stainless steel.

The Dualit 4 Slice has 1 year warranty and the toaster has extra lift feature where toasting slots can be lifted higher than normal to make removing toast or smaller items like crumpets easier and without burning your fingers. It comes with variable browning control – so you can get your perfect slice every time and designed to accommodate thicker and larger slices of bread, the classic has wider slots.

In this section, we have compared the prices for both toasters, Dualit 60154 and Dualit 40514.

If you are looking for online stores/stockists, that sell Dualit 60154 and Dualit 40514 toasters, then we recommend the stockists listed below.

The following table shows the ratings for Dualit 40514, including feature name, rating and review:

This table shows user ratings for Dualit 40514 on the following online websites. This is useful so you can compare our ratings against online users ratings. It includes the toaster name/model and website name (with a link to website rating details), review, price when checked and rating (0 to 5 stars). 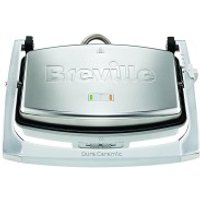